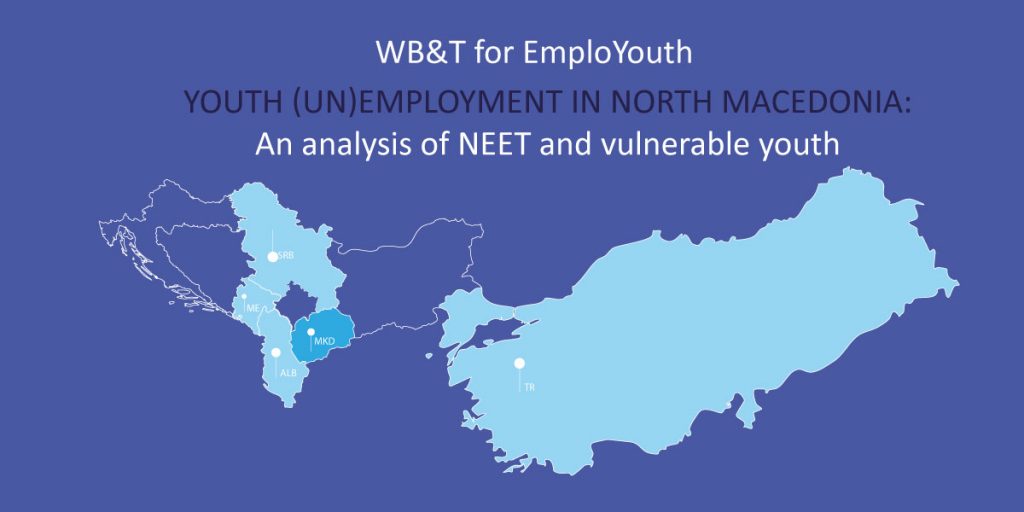 The Network of Youth Bank Hub Western Balkan and Turkey  in the previous years worked on the topic how young people to become more included and involved in the economic, politic and social dimensions in their countries and jointly with 20 organizations the Network has created Youth Participation Index. However, one problem that is hunting the whole region and it’s youth is the unemployment, therefore the efforts of the Network in the new project titled as WB&T for EmploYouth will be focused on this issue of employment of young people coming from vulnerable groups in the new project.

Youth unemployment is one of the major concerns in many countries, especially the unemployment among the vulnerable young groups.  It remains a prevalent issue in new democracies such as the Western Balkan countries and Turkey. Therefore, many researchers and policymakers have been concerned with the high levels of youth unemployment, especially with long-term unemployment among youth and its effects on migration. Following the work of these researchers and policymakers, with further inclusion of primary qualitative research through interviews and questionnaires, this study examines specifically the position of NEET (youth not in education, employment or training) and vulnerable youth in North Macedonia.

The whole baseline study “Youth un(employment) in North Macedonia: An Analysis of NEET and vulnerable youth” is available on this link.
The main conclusions and recommendations arising from the study can be found here.

This study was prepared as part of the WB&T for EmploYouth project, funded by the European Union. The project is implemented by Ana and Vlade Divac Foundation (Serbia), Prima Association (Montenegro), Association for education Mladiinfo International (North Macedonia), Partners Albania for Change and Development (Albania), and Community Volunteers Foundation (Turkey).